Every day, Mr. Rhodes announces a winner of South Loop’s “Catch of the Day,” a program that catches students doing kind, helpful things and rewards them with $5 gift cards to their choice of Dunkin Donuts, Subway, Starbucks or Stan’s Donuts.

We went to the main office to interview Mr. Rhodes about how he chooses “Catch of the Day.” We asked:

Q:  How do you decide who gets the gift card?

Mr. Rhodes: I pull it randomly from the fishbowl.

Q:  Who put you in charge of doing the “Catch of Day?”

Q: Who came up with the idea to do the “Catch of the Day?

Mr. Rhodes: One of my friends does this at his school where he is principal, but I put a twist on it.

We also asked second and third graders, “Do you want to be in a South Loop Scoop article about whether or not Mr. Rhodes knows who is going to win ‘Catch of the Day’ or if he blindly chooses?” They all said yes.

We asked a second grader, “Have you ever won before?” He said, “No, because it is my first year at South Loop.” (In the main building.)

We also asked him, “How do you think Mr. Rhodes picks the winners?” He said, “He picks them randomly.”

We also interviewed three third graders. One girl said Mr. Rhodes randomly picks the winners, but she also thinks it’s rigged. “Because it’s hard to get a ‘Catch of the Day’ card.”

One kid said he thinks the teachers tell Mr. Rhodes who to pick. The other student said, “It is picked randomly and it’s not rigged.”

We’re here to tell you, we witnessed Mr. Rhodes picking ‘Catch of the Day’ and it’s not rigged. He looks in a different direction, puts his hand in the fishbowl and grabs a “Catch of the Day” card. The day we were there, the winner was Sam C. from 4th grade. 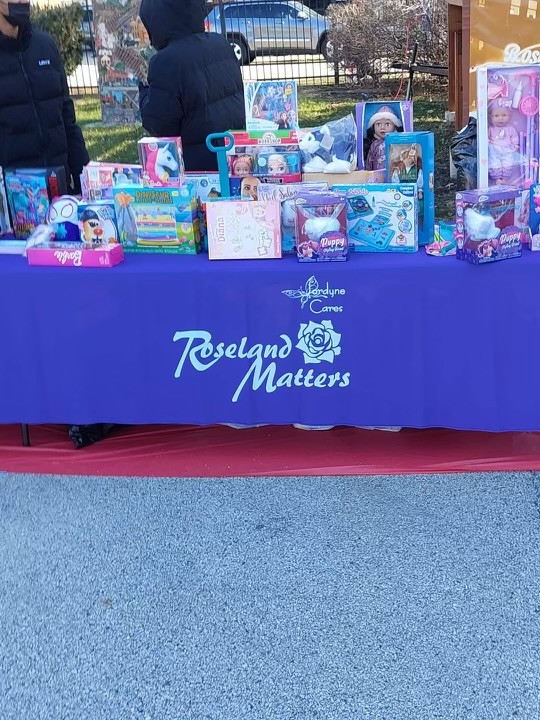 Thank You on Behalf of Roseland Community!